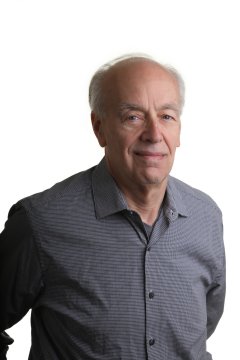 Anthony I. (Tony) Wasserman has been a Professor in the Software Management program at Carnegie Mellon University’s Silicon Valley campus since 2005. At CMU-SV, he created the Center for Open Source Investigation, a center that serves as a focus for his research.

Previously, Tony was the founder and CEO of Interactive Development Environments (IDE), a company that was one of the first 100 dot-coms and created the innovative multiuser platform for Software through Pictures (StP). IDE was also one of the first companies to include open source software in a commercial product. Tony later served as VP of Engineering for a dot-com startup and as VP for Bluestone Software, a developer of a Java EE application server. His work at Bluestone included creating mobile web applications in 2000, as the very first smartphones were entering the marketplace. Early in his career, Tony was Professor of Medical Information Science at the University of California - San Francisco, and a Lecturer at the University of California, Berkeley, leaving to start IDE.

Tony is a Life Fellow of the Institute of Electrical and Electronics Engineers (IEEE) and a Fellow of the ACM, honored for his contributions to integrated software engineering environments. From 2010 to 2016, He served on the Board of Directors of the Open Source Initiative (OSI) and since 2015 has been the chair of IFIP Working Group 2.13 (Open Source Systems), a group belonging to the International Federation of Information Processing’s Technical Committee on Programming. He is an advisor to several startups, has served as a judge at numerous startup competitions, and is a frequent speaker at both research and practitioner-oriented conferences around the world.

Tony has served as a Visiting Professor at the Vrije Universiteit (Amsterdam), the Université de Genève, and the National University of Singapore. He has visited more than 70 countries. Tony enjoys photography and posts many of his photos on Flickr.